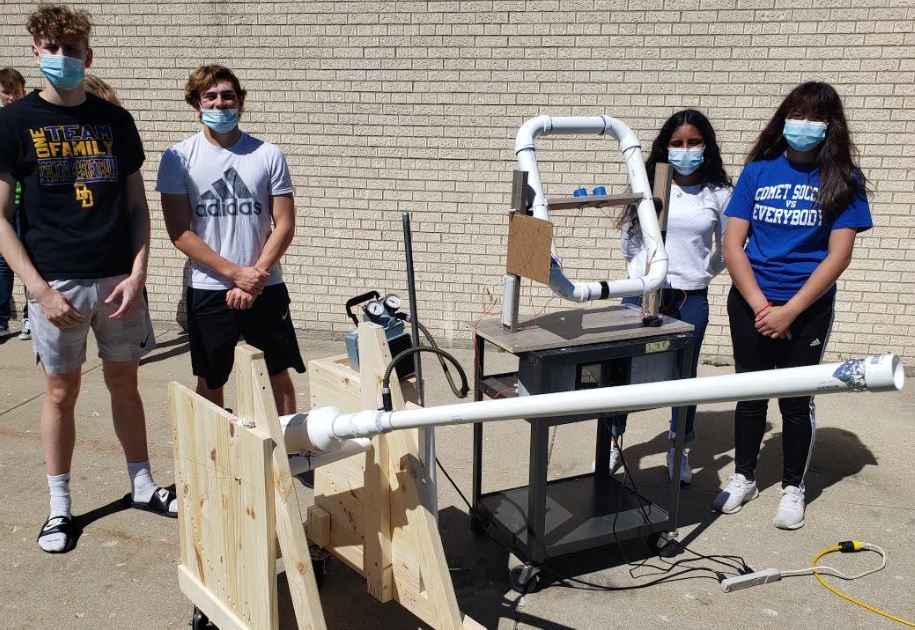 The Principles of Engineering (PoE) class at DDHS just finished their Ballistic Ping Pong Launcher project. The purpose of the project was to extend student's learning of the engineering design process while also exploring projectile motion.  The objective of the project was to design, build, and test a device that was capable of launching a ping pong ball at least 25 feet while also meeting several challenging design constraints. One group, consisting of Ezekiel Rice and Alton Wimer, designed a combination air pressure and vacuum tube launcher.  The launcher is meant to channel compressed air through a vacuum tube to propel the ping pong ball.  The other group, consisting of Dia Patel and Maria Shackett, designed a launcher which mimicked a baseball pitching machine. The duo wired up two simple circuits containing motors which were then used to rapidly spin a pair of rubber wheels. A ping pong ball was placed between the spinning wheels and launched out of the other side.  Both designs and design teams succeeded at their assigned task in spectacular fashion.